Trust in a Relationship

Trust in a Relationship. Are you finding it impossible to build trust in a relationship? Have you been hurt so many times before that you’re not quite ready to trust a man completely yet? Do you sometimes wonder if you’ll ever be able to trust again?

Trust in a relationship and Love is important if that relationship is to go anywhere. Without it, we’re constantly checking up on the other person, snooping into their things, and looking for clues that would reveal or indicate that the person we love is doing things behind our backs.

Why It’s So Important

The very lack of trust in a relationship can ultimately, and sometimes rather quickly, destroy a relationship. When one partner persists in questioning the other about minor offenses, it builds up a strong sense of frustration in the romance. So you might have on your hands a very up and up kind of guy who is doing everything right and is hiding nothing from you, but your endless harassment leaves him frustrated.

RELATED ARTICLE: Instructions to Earn His Love – 3 Things You Can Do

I’ve met a number of men over the years that were quick to insist I trust them. I’d barely known them a week or so and they wanted me to simply trust them on their word. While trust in a relationship is important, you don’t want to blindly believe someone either.

Trust is earned. Let every date you have with him show you that he deserves your trust.

Some men can play with a woman’s heartstrings like a maestro. They know exactly what to say and do to get what they want. A woman I once knew had met a great guy. He brought her to the movies, bought her flowers and candies, and was the complete opposite of the man she’d just divorced. She was thrilled and in love.

He also had four children and was quick to insist he move in with her. She was so enamored and blinded by his gallantry; she ignored the advice of friends and allowed him to move in with her thinking the romance would continue. It didn’t. Soon enough the flowers, candy, and outings stopped and he was parked in the recliner watching TV while she tended to the kids.

Warning Signs – Trust in a Relationship

When a guy appears too good to be true, you really have to dig in deep to ensure it’s the real deal. Being overly and dramatically romantic is easy. Any guy can buy a bunch of flowers and do the right things those first few dates, but what is he really doing for you? Does he know who you are? Does he know what you like? Or is he just playing the role as he’s seen so many times in the movies?

Also, keep your eyes open for the guy who is too quick to insist the relationship from LetmeDate.com moves fast. If within a month he’s insisting on moving in with you, something is up.

Trust in a relationship is best built on the actions he poses and not on the promises he makes. When those promises are consistently made and held over a respectable amount of time, you can start to trust in him and the relationship. 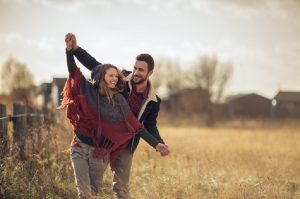 What Is a Dating Catchy Headline?

Dating Shortly Before Confinement, How To Do It? 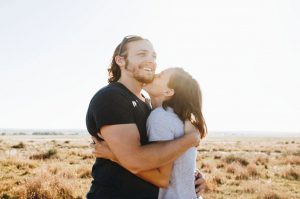